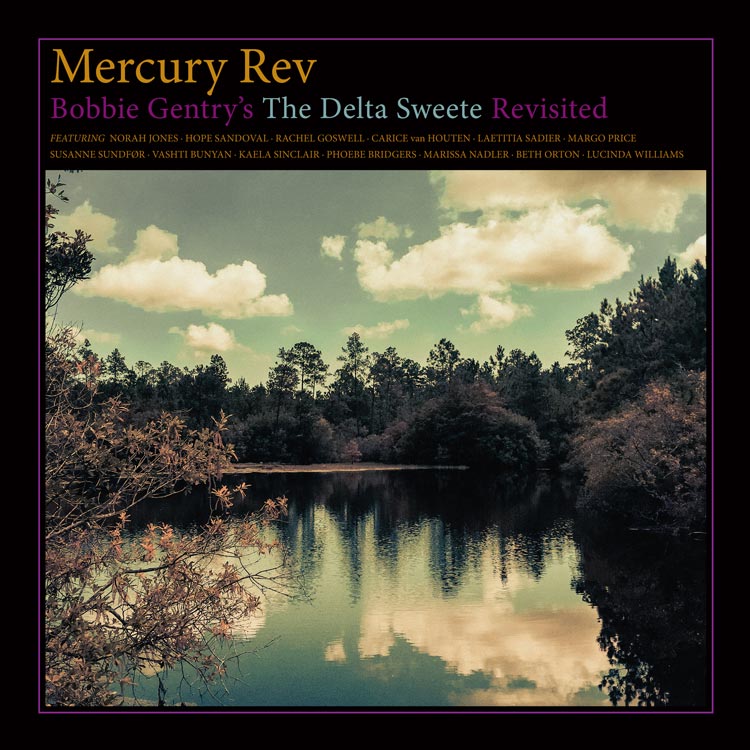 "Bobbie Gentry’s The Delta Sweete Revisited is a sumptuous exercise in psychedelic music, with guest vocalists including Lucinda Williams, Beth Orton, Phoebe Bridgers and Marissa Nadler. Drifting by like the Delta rivers that often turn up in Gentry’s lyrics, these new versions of her songs have a dreamlike, symphonic quality, at once hazy and grand." - Financial Times

"...Mercury Rev's loving tribute to Bobbie Gentry's flop 1968 masterwork is something else... Featuring different guest vocalists on each track, the overall effect is more shimmering than the original..." - London In Stereo

"Mercury Rev are clearly not attempting to surpass the unsurpassable. Instead,.. The Delta Sweet Revisited.. is a signpost towards one of the great underrated records ..." - Mojo

"Mercury Rev, antennae twitching towards big-sky Americana, attempt to redirect attention to the record's soulful cross-currents with this celebration" - Q

“Magnificent. They’ve brilliantly recaptured the spacious dreamscapes that made Deserter’s Songs so special. This may just be the most heartfelt and original tribute album ever heard.” (Album of the Month) - HiFi Choice

“Mercury Rev’s ‘Delta Sweete’ manages to breathe new life into Gentry’s album while also producing material as good as anything the band have done this century.” - 8/10 - Loud & Quiet

"It’s a record that stands as a celebration of the trailblazing spirit of figures like Gentry and Bunyan, women who made early inroads into the music industry on their own terms, and it’s a record that comes across as firmly led by their successors. More importantly, it’s pure bloody pleasure from start to finish, a literate, Southern Gothic, backwoods opera with a cast of characters that would give Tennessee Williams or Flannery O’Connor a run for their money.” 8/10 - God Is In The TV

“Bobbie Gentry’s The Delta Sweete Revisited is a sensitive re-rendering which approaches each song on a case-by-case basis…evoke’s Mercury Rev’s own classic album Deserter’s Songs.” - The Arts Desk

“Beautiful tribute album gives contemporary sound to their own country roots with help from a great cast of collaborators." - The List

“Full marks to Mercury Rev… a quality, deeply-felt labour of love” - The Mirror